Businesses of the Past 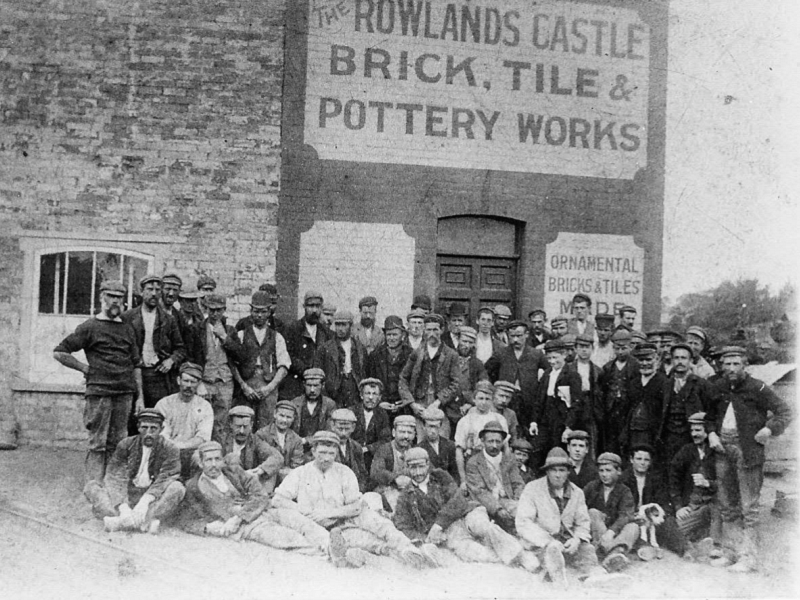 In the 1960s the village of Rowlands Castle was expanding. The development of the central land between Bowes Hill and Links Lane added many good quality homes. Few of these new residents would have been aware that a few hundred yards to the south of their prestigious developments was an industrial remnant, the Brickworks, virtually unchanged from Victorian times. Rowlands Castle has seen many businesses come and go since then but the situation today is that there are a large number of thriving businesses in and around the village. Please see the Businesses page for details. Those businesses which no longer exist but have played important roles in the village’s growth are documented below. 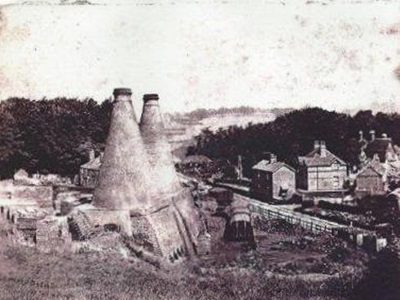 Two very interesting and thorough articles on the brickworks have been written by village historians:

Brief history of the Rowland’s Castle Brick and Tile Works by courtesy of Dr Jonathon Dicks who retains the copyright and The Brickworks and The Village which was researched and written by Malcolm Smith, who thanks Ted Redsull and Paul Marshman.

This was a large area of brickyard workings, established during the 1880s, which had completely altered the landscape just out of sight of these residents. Here a small number of workers toiled daily in very harsh, almost Victorian primitive working conditions, mostly out of doors and in all weathers. (Smith, 2016)

Editorial: Click to scroll through all the images and enlarge them. December 2020

Rowlands Castle Brick and Tile Works (SU 734 104) provided the building material for several major civic and public buildings such as Portsmouth dockyards, the Hotel Metropole in Brighton, Hackney College in London, Stansted and Ditcham Houses in Hampshire as well as many local houses. Production ceased in 1968 and the majority of the area of about twenty acres including the clay pits, was cleared in 1971. The site was then occupied by a builder’s merchant with little evidence remaining of brick manufacture. (Dicks, 2015) 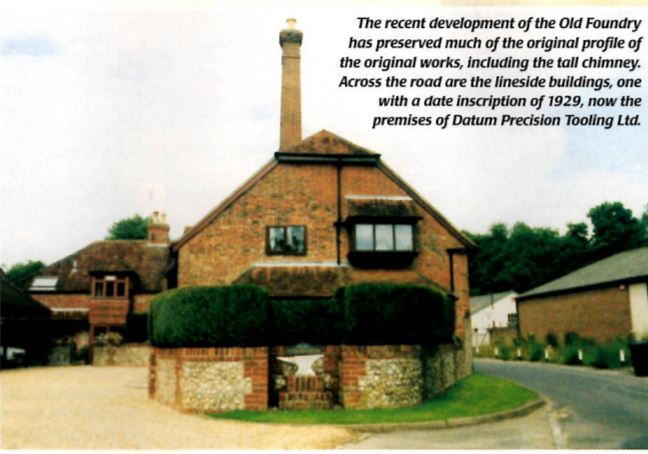 Although all early records of the Iron Works business have long since disappeared, it is said to have been set up in 1816 by John Cannings in partnership with a Mr Howell. Long lost local legend once had it that they were commercial travellers in ironware who decided to go into production and that Cannings came from Andover. (Wall, 2003)

Read an in-depth history of the Finchdean Old Foundry in Vintage Spirit magazine article ‘Lifting the Lid of the Cannings’ Works written by Mike Wall. 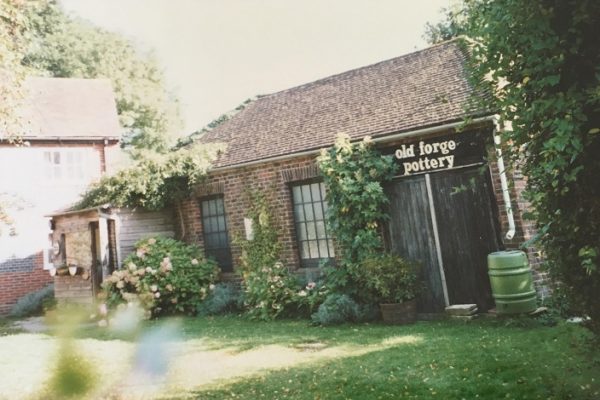 The Old Forge Pottery in Durrants Road made a wide range of pottery in the studio and sold it in their small shop. It closed in the 1990s when the owner, Harry Clarke, retired. It is now a private residence. Harry is shown below working in his studio along with some of the items he created.

Every child at St John’s Primary School received a commemorative mug to celebrate the new school being open for 10 years. The Old Forge Pottery made the mugs with the winning design by one of the children. 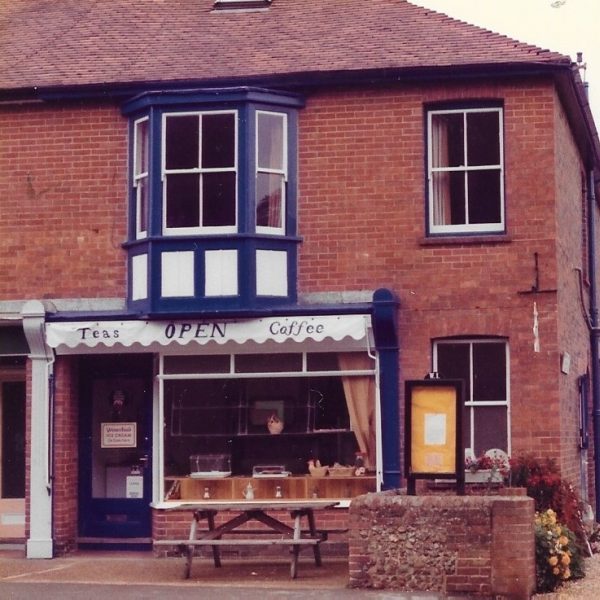 There has been a café on The Green for many years but not always in the same building and with many different owners and names. The photos above show The Coffee Pot café, which was opened by Mary Jane Lomer in 1982. It was particularly popular on Sundays when local residents and cyclists called for “a pot of tea for one, please” before spotting and clearing her selection of cakes. She also taught many teenagers “to cook, add up, and mix with customers”. 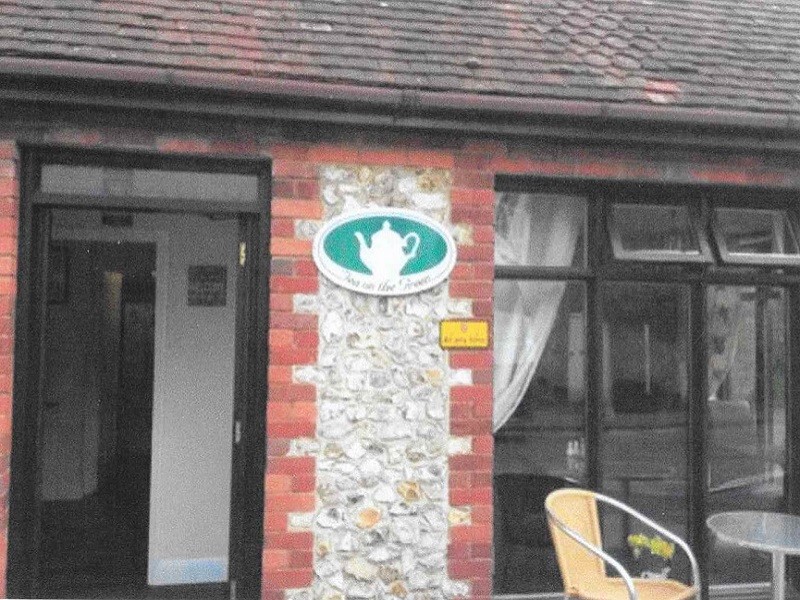 Tea on The Green

The Coffee Pot closed in 2001, being succeeded on the corner by ‘Tea on The Green’ – more recently renamed the ‘Bumble Bee Café’, see Businesses. 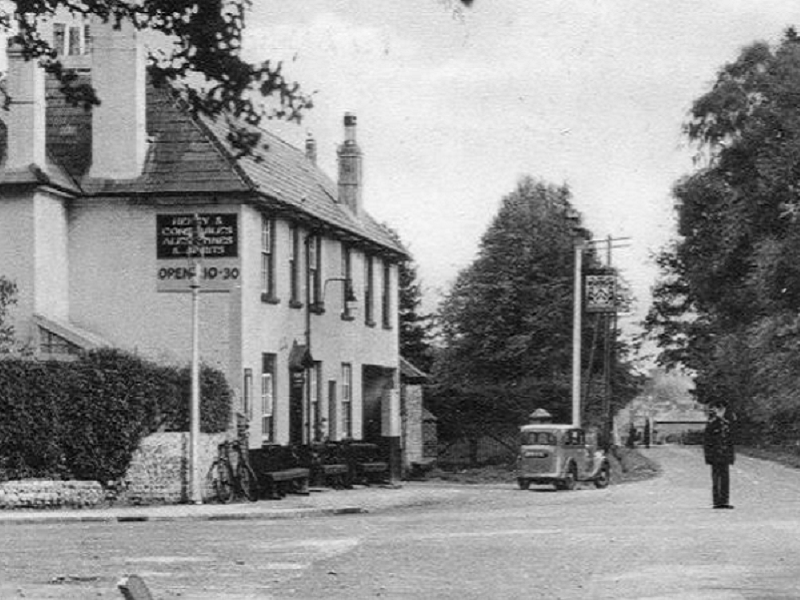 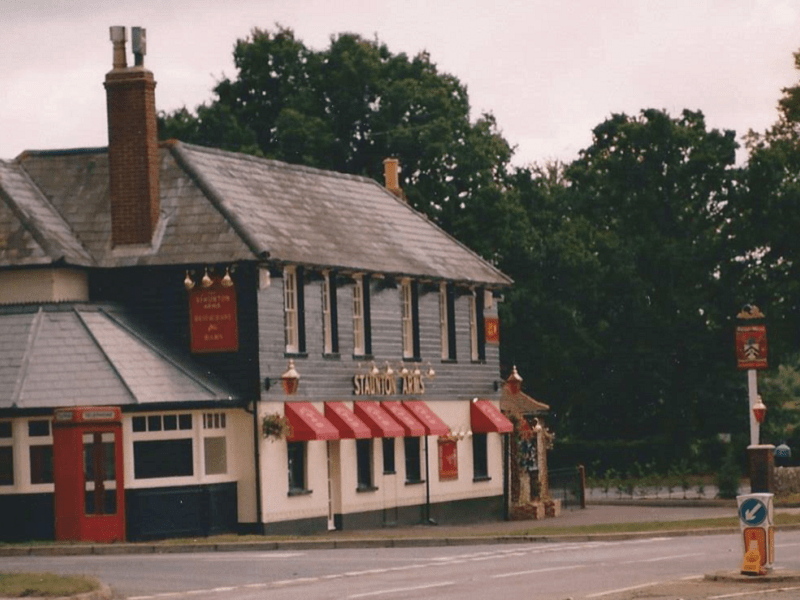 Named after Sir George Staunton, who did so much to create and develop the Leigh Park Estate, the Staunton Arms is now part of the Harvester national chain of restaurants. Situated at the crossroads leading from Durrants to Redhill the property itself dates from the early 19th century. Early maps and illustrations show the inn and stables as separate buildings, although it was a popular stopping off point for travellers it was never a Coaching Inn but more of a place to change horses.

In 1824 Sir George Staunton is reputed to have acquired a public house at Durrants, which was almost certain to have been the old Robin Hood Inn, formerly known in recent years as the Old Forge Pottery.

Extracts from The Inns and Public Houses of Rowlands Castle, Durrants, Redhill, Finchdean, Forestside and Stansted, written by Steve Jones and photos from Alf Harris. 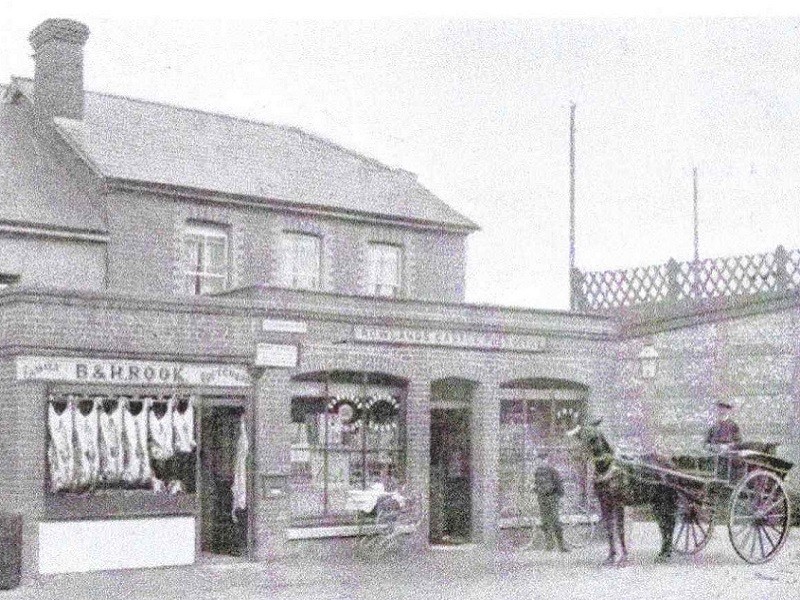 Rook’s Stores and Post Office were at the ‘arches’ end of the village in 1920. The Rook family had wide business interests in the village as the Fountain Inn was also owned by a member of the Rook family at that time.

Photo and extract from the Rowlands Castle Historical Society.