Custodians for the Countryside 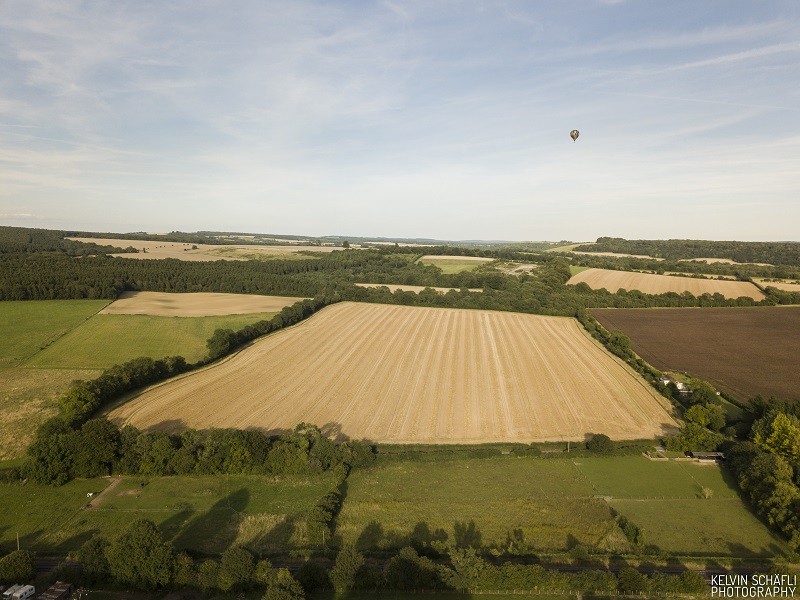 The idea of ‘Custodians for the Countryside’ emerged from publication of the Rowlands Castle Local Landscape Character Assessment of 2008 where it was noted that ongoing changes to the landscape are affected by the normal work activities of landowners, farmers and ‘rangers’. The concept can also be extended to domestic householders, as we change the landscape of our properties by planting new trees or building walls and fences some of which might appear intrusive. So, these groups of people may be regarded as ‘Custodians’. They may influence our perception as to whether Rowlands Castle is ‘rural’, ‘semi-rural’, ’suburban’ or even ‘urban’. The Rowlands Castle Local Landscape Character Assessment provides a more detailed and systematic description of the geology and topography of this area, in the overall context of other assessments at district, county and national levels.

The concept can be extended for other topics so that we can also focus on ‘The Community’: residents who are active in different ways – doctors and nurses, local councillors, and officers of community clubs and societies – all of whom influence the way of life and spirit in our community.

“Large areas of the Countryside have been occupied by extensive local estates or ‘parks’– Stansted Park, Staunton Country Park and Idsworth estate. The northern part of the catchments of the Lavants into the South Downs, are also within the Queen Elizabeth Country Park which is run by Hampshire County Council – while some parts are owned by the County Council and others by The Forestry Commission. Furthermore the northern parts of the Parish and beyond past Chalton, have also been incorporated within the South Downs National Park – which was only designated as recently as 2010. Other land, once part of the Staunton Estate now forms part of Havant Thicket and Holt which is owned or leased by the Forestry Commission. Much of this area is now called the Staunton Country Park – formerly ‘Leigh Park Gardens’ – which is now managed by Hampshire County Council in association with other landowners. This latter Country Park provides an informal recreational area – or Green Space – along with land now owned by Portsmouth Water Company. The Company is currently seeking planning approval to create a large local reservoir, feels it is necessary to provide greater resilience to local water supplies, particularly with the vagaries of ‘climate change’. As described under Three Estates, the most historic and only estate retaining its traditional countryside with forestry is Stansted Estate which continues as a registered charity – the Stansted Park Foundation.

Forestry Commission ‘Rangers’ do similar work in the forests owned or leased by the Commission in Havant Thicket. Other forest or woodland owners supervise private woodlands through their ‘rangers’. They decide about felling and replanting trees and about removing or replanting hedgerows. Similarly, Farmers decide which crops to sow, and whether to graze sheep, cattle, horses or even alpacas! All of these decisions and actions cumulatively affect the appearance of the landscapes and influence the aesthetic appeal of the countryside.

The Parish Council is legal custodian and responsible for The Green, Whichers Gate & Finchdean Greens, as well as some woodlands transferred to the Council as part of recent housing developments. The Parish Council also monitors the treescape (particularly listed trees) to ensure safety, and to maintain tradition. It should be remembered that the Village once formed part of the ancient Forest of Bere. Care is taken to protect trees, copses and hedgerows, to retain an overall wooded ambience and ‘treescape’. The Parish Council has also commissioned the drafting of a Neighbourhood Plan which may also have implications for both the countryside and Village landscape. The groundsmen of the local Golf Club similarly affect the appearance of the large green lung in the centre of the village. Beyond that, householders with their own gardens incrementally but cumulatively affect the appearance and evolution of the Village.

By way of a postscript, it is interesting to note that Bill Bryson, the noted American writer and Anglophile, who wrote about the English countryside. His thoughts were expressed in the last chapter of his book “The Road to Little Dribbling” published in 2015. He apparently gave serious thought to a question allegedly posed to him by an elderly shop assistant in Indianapolis: “Why do you live in England?” He describes how he listed in a notebook all the pleasant things Britannic that he could think of. He listed the most important one last but stated that he knew it from the outset: he commented that “It is the beauty of the countryside which he considered a great achievement”. He cites the ancient White Horse of Uffington as a landmark feature that has existed and been carefully tended for centuries by successive generations. “I have said it many times before, but it really cannot be stated too often: there isn’t a landscape in the world that is more artfully worked, more lovely to behold, more comfortable to be in, than the countryside of Great Britain. It is the world’s largest park, its most perfect accidental garden. I think it may be the British nation’s most glorious achievement”. It will not be surprising, therefore, that the Campaign for Rural England (CPRE) invited Bill Bryson to be its chairman for several years!

Further, speaking recently at an anniversary meeting, the Chief Executive of CPRE, Shaun Spiers, expressed the contribution that CPRE had made to protecting the countryside, citing: ‘Green Belts’, ‘Country Parks’, ‘Areas of Outstanding Beauty’ (AONBs) and a positive influence on the Planning Acts over many years from continuous lobbying of Parliament.

These references summarise both the importance of individual actions by what we have called ‘custodians’ as well as the strategic influence of sound planning legislation and regulations.

Moreover, but in different context, a survey of residents carried out for the Rowlands Castle Parish Plan 2008 showed a similar interest and support for the ‘countryside’. When replying to a question “What is important to you about the Parish?”:

– and nearly seventy five percent said ‘Access to the countryside’