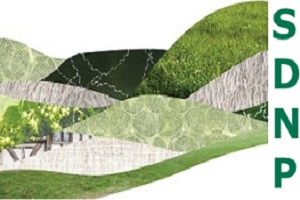 Locally, only the largely agricultural area in northern part of Rowlands Castle Parish falls within the South Downs National Park, but the more developed area in the South, around the Village itself, is excluded. It should be noted that the main criteria for designating land as part of a National Parks relates to its ‘landscape’ (hence the interest in ‘local landscape character assessments’). But, additionally, the South Downs National Park has importance at a strategic level too, not only because of the work of its Rangers, but also when fulfilling its responsibilities as a ‘planning authority’ in drafting ‘local plans’ with proposals for appropriate housing numbers. Similarly, for those southern parts of the parish outside The National Park, Local Planning Officers of East Hampshire District Council also draft a Local Plan and propose housing numbers as required by the National Planning Policy Framework of March 2012. The Framework is aimed at achieving ‘sustainable development’. Individual planning decisions are based on wider consultations with formal decisions referred to district councillors.

But the National Park as a whole, extends from Beachy Head and the Severn Sisters near Eastbourne, north-westward along the line of the chalk hillsides, towards St Catherine’s Hill, almost to Winchester. It covers parts of three Counties: Hampshire and East and West Sussex. The National Park was only created in April 2010, the most recent of the nine National Parks, following several years of consultations about its purpose and its boundaries. It is formally responsible to a Park Authority which possesses local government planning powers over its area, sometimes exercised in association with the local District Councils. During it early years, the South Downs Park Authority has worked hard at clarifying and communicating its roles and responsibilities. In summary, the Park is concerned to conserve the landscape and species of The Downs, to provide access and recreation within them, and provide sustainable places to live and work for local communities. These three goals can be viewed in summary form in ‘At a Glance’ and more fully in its ‘Final Plan’. Please click to read them.

In physical terms, the South Downs National Park is mainly comprised of chalk hills in the South of England, although the National Park also includes large parts of the Weald comprised of sandstone hills with some clays. Structurally, the South Downs forms the southern boundary of a large anticline across the whole of south east England, from which the top layers have long since been eroded away. The north of the anticline comprises the North Downs, with the Wealden series at its centre. So, the Park is a long thin area, and has established its Head Office in Midhurst.

Some of the earliest settlements in the South Downs occur atop the magnificent chalk ridge and date back over 5,000 years. A series of pre-historic hill forts, Sites like Cissbury Ring, the largest hill fort in Sussex, were chosen for their defensive properties, commanding an exceptional view and being remarkably tough to attack. . Closer to home, Butser Ancient Farm, near Chalton in the West Lavant Valley, is a living museum for pre-historic and Roman communities of the area, having been relocated from a hilltop near Butser Hill, the highest point in Hampshire. Other significant fortifications at Cissbury encompass some sixty five acres of land that was used both for farming and mining flint – which can still be seen in the walls of wonderful buildings right across the National Park, similar to the railway arches and flint walls along The Green in Rowlands Castle. 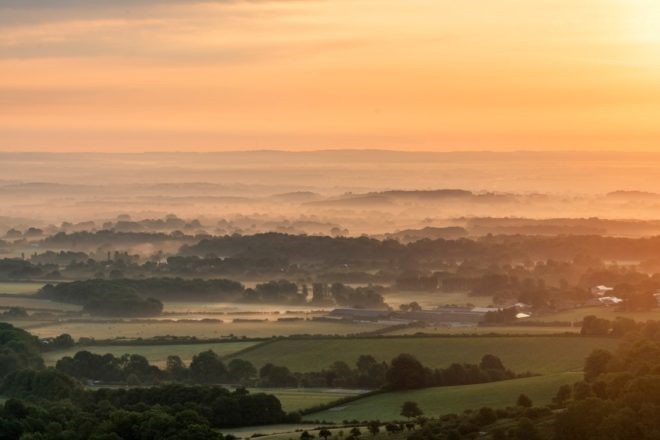 After the Norman conquest, beacons were set up on the Downs to warn of impending invasion from across the English Channel. Ditchling Beacon was used to warn Queen Elizabeth I of the approaching Spanish Armada.

The Second World War had a profound impact on the landscape. The entirety of the South Coast was fortified, with the establishment of pillboxes and tank obstacles in preparation for a large scale attack. Cuckmere Haven featured heavily in the war effort: at night lights were placed to confuse bombers into thinking they were above Newhaven and an airfield was set up further inland.

Among the projects carried out by the Park Authority was a LIDAR survey of a wooded area extending eastwards from Rowlands Castle. The survey was carried out from an aircraft flying parallel courses along the Downs and recording the humps and hollows in the ground surface beneath the trees. The results showed a rich array of information that subsequent foot surveys confirmed were medieval field boundaries, chalk, marl of flint pits, and some wartime features. Local residents Mark Seaman and Brian Tomkinson assisted in this research and have reported on it to the Historical Society. The South Downs National Park is a truly great adventure in time travel, all based around our wonderful landscapes and how people have relied on them for their very lives

(Editorial: the above is a modified extract taken from the South Downs website)