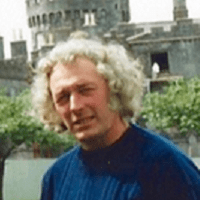 Local Historians have been invited to describe their personal backgrounds, their specific research interests, and any publications that they have written. Other residents who have researched or written about any aspect of life in our community are welcome to contribute too.

Should you wish to make contact with the ‘Historians’, please email the Editor who will forward any requests to the relevant Local Historian(s).

As a local resident since 1983, I have taken part in drafting both the Rowlands Castle Parish Plan and Rowlands Castle Local Landscape Character Assessment. I not only learnt a lot more about our Parish but accumulated a considerable amount of helpful material and maps which I felt should be kept for the longer term.

This was one of the reasons – along with the bid to purchase an iconic model railway of the village – that lead me to volunteer in establishing a local museum or ‘Heritage Centre’. The development of the RCHC website as a ‘virtual museum’, provides an opportunity to interpret these plans more widely.

Other, earlier experiences on Hampshire County Council and as an appointee to the Environment Agency, Southern Region Flood Defence Committee also gave me access to a wider range of environmental and planning information which is held on file. These documents explain the management of local water-resources, and flood defences for local rivers and the coast. Being involved with the website, I have also become more interested in researching and ‘the landed gentry’ who owned one of the three important large local estates.

Mary Jane and her late husband Roger came to live in Rowlands Castle in 1964. They subsequently purchased Beech House (now ‘Beechwood Retirement Home’) to develop it first as a Nursery School and then, following Roger’s retirement from the Royal Navy, as a Navigation Training Centre. They later bought and ran number 14, The Green – ‘The Coffee Pot’ – as the Village Café.

Importantly, Mary Jane has published two booklets describing the Village and its history, adorned with many of her own paintings: ‘Round and About Rowlands Castle’ in 2014; and the earlier, ‘Rowlands Castle Past and Present’ published in 1988. Various articles have been published in issues of the RCA Magazine including The Fountain Inn, Autumn 2018

The RCHC website has drawn heavily upon the 2014 booklet to describe the Village. It is on sale locally and at the Model Railway displayed in Stansted House. Sale of the booklets has been used to fund local charities including Pulmonary Hypertension Association and the Heritage Centre.

I was born in Waterlooville in March 1947 and lived for my first two years in Finchdean. My family then moved to Uplands Road where I have lived ever since. I went to the village school and then Warblington where I gained GCE’s in History, Geography and English Literature. I have played a lot of cricket over the years, and am a Pompey football fan, being a fund raiser for them, particularly in the days when they were in serious financial trouble. I worked as a storekeeper for 14 years in Chichester, followed by 24 years in nearby New Lane, before taking early retirement. Since then I found that gardening gave me exercise and the fresh air that I wanted.

My interest in local history was stimulated by an exhibition in the Parish Hall in 1977, to mark the 25th anniversary of Queen Elizabeth’s reign. My interest grew so that by 1983 I had accumulated a lot of written material about the village history, and I was doing my own research in local records offices. I had also inherited some of the artefacts from the 1977 exhibition. Since 1977 there have been other similar exhibitions in years 1981, 1987, 1989 and 1994. Artefacts are still being presented and some of the smaller ones are on display in the Parish Hall along with written notes.

On one occasion, I arranged a speaker on ‘Smugglers’ for a fund-raising meeting in the Parish Hall, all of which lead myself and Mary Jane Lomer to set up the Rowlands Castle Historical Society in 1988. During subsequent years I also collected a photographic record of the Village, mostly postcards but also family and individual views. I take ‘snaps’ of today, and encourage interested villagers to do likewise, so that they can be viewed in the future.

I enrolled in some local history classes and, being editor of the RCA magazine, took advantage and inserted my own articles. In 1987, I wrote a history of St John’s Church to mark its 150th anniversary. So, some thirty years later, I have 40 box files of notes and articles (some of which are much prized originals), 15 or so photo albums, artefacts and lots of maps. Over the years, I have written the following booklets and articles:

We moved to College Close, Rowlands Castle in 1989 where we have brought up our two sons. My interest in archaeology goes back to my childhood when I used to explore my grandfather’s farm which happened to cover “Venta Icenorum” in Norfolk. This was rekindled in 2014 with the “Secrets of the High Woods” project in the South Downs National Park which used laser surveys to identify preserved archaeological features under the tree canopies of the local forests.

I have since joined the Chichester and District Archaeology Society and am currently its treasurer. I regularly give talks on local archaeology. I have since developed the ability to process the laser data (called Lidar) myself. Using this data together with old historic aerial imagery I have identified old tracks, settlements, burial mounds, Roman roads and enclosures in the local area. My main interests are prehistoric (Neolithic through to the Roman period) archaeology, remote sensing and geophysics. Projects I currently have on the go include trackways and settlements in Stansted Forest, the Roman road from Havant to Rowlands Castle and beyond, old Idsworth, a rare oval barrow, old routes across Chichester Harbour and the 18thC gardens at Stansted House.

Paper for a book:   “Secrets of the High Woods – Revealing Hidden Landscapes”. Editorial: The etymology of LIDAR can be viewed on Wikipedia

Editorial: this article was first posted on the website in September 2019

Ted’s interest in local pictures began after a visit to Mr. Adam’s old post office. There he saw four old photographs of Rowlands Castle available as post cards. The collection had started!  Percy Powell’s Blendworth office had 1930’s photographs around the walls. Ted copied these at Boots and when Barrett’s garage in Redhill Road was demolished, he discovered more old photos in the skip outside.

Whilst working for the older residents in the village, Ted unearthed old pictures and anecdotes from the past. Much research in the Portsmouth Museum archives and a lot of photocopying has resulted in the amazing collection of school photographs and class records, together with all aspects of village life, the fairs and the shops and the buildings. All are archived, annotated and gradually names are being put to all the people in the pictures. Ted started his fascinating Village Fair displays eighteen years ago. These understandably attract a large enthusiastic crowd and importantly allow people to find out about the recent history of their village and enable old friends and relatives to be tracked down and old memories to be rekindled.

Ted Redsull is a much-loved link to a time in Rowlands Castle few of us know. We are all much richer from his contribution to the village.

Editorial: This article was drafted by Malcolm Smith, a long-term friend of Ted’s, based on a series of discussion between them”.

When I moved to the village in 1996, I joined Good Neighbours. I had much pleasure in driving Mrs Martin and Mrs Miles from Kings Close to the local shops and Post Office. They had been life-long friends from the day that they moved into Kings Close. Mrs Miles intrigued me with her stories of undertaking the village milk round after her husband volunteered for War Service.

Someone had to record these memories, I could not find anyone. I took advice from the Wessex Film and Sound Archive at Hampshire Record Office. Rowlands Castle Historical Society paid for a small but efficient recording machine and lapel microphone.  I attended a couple of sessions on procedure for interviews at the Hampshire record Office in Winchester and the Head of Department, Dr Lee, was helpful with advice. I started recording in 2004. Wherever possible, I conducted the interview in my own home where I could ensure the minimum of background noise. There were no telephone sounds, no ticking clocks or noisy pets.

I started with standard questions on age, period of residence in the village, schooling and jobs. At the end of the interview I asked about their experience of D Day preparations, VE day celebrations and village societies and activities. I paused the tape whenever the interviewee signalled to me. Most of the interviewees relaxed and began to enjoy the telling. My role was to obtain the information with the minimum amount of my voice on tape. I also took a photo of the interviewee. The completed tape was sent to Hampshire Record Office where it was deposited and a copy sent to me to hold on behalf of the Historical Society.

What did I gain from these recordings? It was a great privilege to hear of the lives of local people. Off tape we had frequent laughter. I learnt of childhood escapades, wartime resourcefulness, sheer hard work, dances and plays at the Parish Hall.

It has been a humbling experience to learn of quiet, courageous lives contributing to the village. I have greatly enjoyed making the recordings. It pleases me greatly that Rowlands Castle Heritage Centre is making a transcription of the tapes available for others to read. Here are Sonya’s audio interviews.

CR Cotton married Ellen Matthewson (1804-1852) in 1827 they had 3 sons and 2 daughters. He appears to have become a Member of the Worshipful Company of Glovers of London before being admitted to the Freedom of the City of London in 1837. In the 1830s he entered, as a merchant cooper, into a partnership with Robert Owst, a wood hoop merchant at 6 Jacob’s Street, Dockhead, Bermondsey, moving to a nearby address in Bermondsey Wall in the 1840s. The partnership was dissolved in 1844. CR is described in the 1851 census as an annuitant, and in the following year, after the death of his wife, became one of the first Fellows of Stansted College in Rowlands Castle. While at the college he wrote A Visit to Rowlands Castle which was published in 1861. He was also an accomplished watercolour artist and painted many views around Rowlands Castle and district. He died at Rowlands Castle on 10 November 1878.