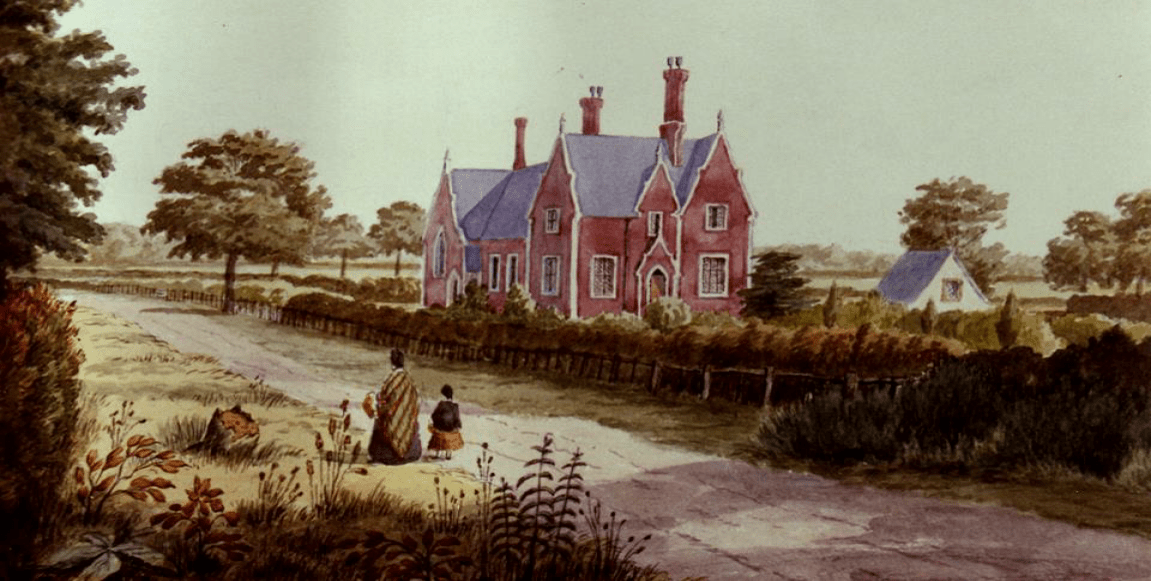 CR Cotton married Ellen Matthewson (1804-1852) in 1827 they had 3 sons and 2 daughters. He appears to have become a Member of the Worshipful Company of Glovers of London before being admitted to the Freedom of the City of London in 1837. In the 1830s he entered, as a merchant cooper, into a partnership with Robert Owst, a wood hoop merchant at 6 Jacob’s Street, Dockhead, Bermondsey, moving to a nearby address in Bermondsey Wall in the 1840s. The partnership was dissolved in 1844. CR is described in the 1851 census as an annuitant, and in the following year, after the death of his wife, became one of the first Fellows of Stansted College in Rowlands Castle. While at the college he wrote A Visit to Rowlands Castle which was published in 1861. He was also an accomplished watercolour artist and painted many views around Rowlands Castle and district. He died at Rowlands Castle on 10 November 1878

Editorial: Click to scroll through all the images and enlarge them. February 2021